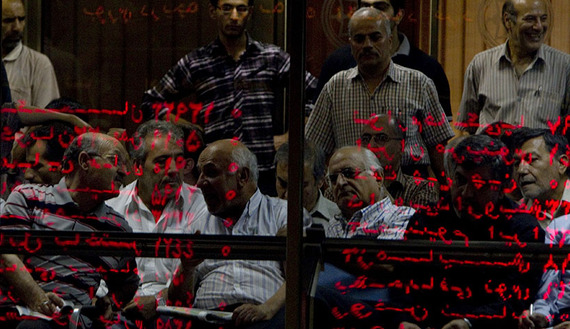 Signs are emerging that the world’s biggest investors have already started moves to purchase shares in Iran’s stock market.

Reuters reported on Thursday that UK’s Charlemagne Capital has bought around $50 million of 18 Tehran-listed stocks.

Charlemagne Capital has joined another British investment enterprise Sturgeon Capital that purchased shares in Iran’s stock market in December.  With the economic sanctions against Iran now lifted and the financial transactions with the country facilitated, both are hoping to start buying shares for European investors next month.

“The opportunity you get in Iran doesn’t appear anywhere else – the other markets that are opening up like Myanmar, Cuba or Ethiopia, they don’t even have stock exchanges,” said Dominic Bokor-Ingram from Charlemagne Capital.

Iran, a country with a population of around 80 million, is classified as middle-income state with a well educated population and has an annual output of some $400 billion – larger than established frontier countries such as Thailand or South Africa, Reuters emphasized.

Iran’s stock market has diverse listings thanks to a broad industrial base unusual among its regional oil exporting peers, whose stock markets are often dominated by energy and petrochemicals as well as financial listings.

More than 600 companies are listed on two stock exchanges, the Tehran Stock Exchange (TSE) and the Farabourse small-cap market, the report added.

The TSE’s market cap stood at 2,873,072 billion Iranian rials ($97 billion at the official exchange rate) while daily volumes over the past few days was around 2,000 billion rials.

Reuters has also highlighted the significance of Iran’s recently released assets that amount to around $32 billion.  Some [of the assets], once repatriated, will end up in shares, it said. And interest rates, well above 20 percent to curtail inflation bloated by sanctions, are set to come down, freeing capital that could find its way into local stocks.