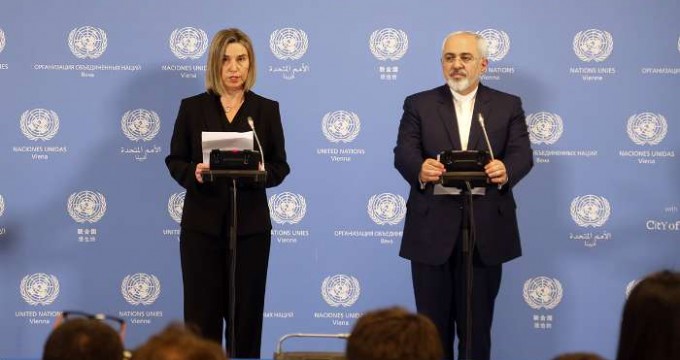 TEHRAN (Tasnim) – Iraqi Prime Minister Haider al-Abadi hailed the implementation of the nuclear deal finalized by Iran and six world powers in July 2015, known as the JCPOA, as a “historic” achievement.

Abadi extended his felicitations to the government and nation of Iran, and expressed the hope that the “historic deal” would further contribute to the promotion of security and stability in the region.

Earlier, Iraq’s Government Spokesman Saad al-Hadithi said that Iraq believes the deal “will be a catalyst for beginning to solve a number of disputes in the region peacefully and through dialogue”, AP reported.

Algeria’s Foreign Ministry also released a statement on Sunday, saying, “Algeria considers the deal, which came into force on Saturday, as an important stage in the process of the settlement of the tension and crisis situations, in a view to preserving international peace and security, and development in the benefit of all the peoples.”

It praised the efforts and the perseverance of the parties to the deal, which “allowed to reach this positive result”, Algeria Press Service reported.

“Algeria hopes that this historical achievement will boost the creation of a Middle East Weapons of Mass Destruction Free Zone and that it will contribute to the establishment of a climate of trust and good neighborhood favorable to the opening of new era of peace, stability and prosperity in the region and beyond it,” concluded the statement.

Late on Saturday, Iranian Foreign Minister Mohammad Javad Zarif and European Union’s Foreign Policy Chief Federica Mogherini announced in a joint statement that the implementation of the nuclear deal has officially been started.

The announcement was made after the International Atomic Energy Agency (IAEA) confirmed Iran’s commitment to the Joint Comprehensive Plan of Action (JCPOA).