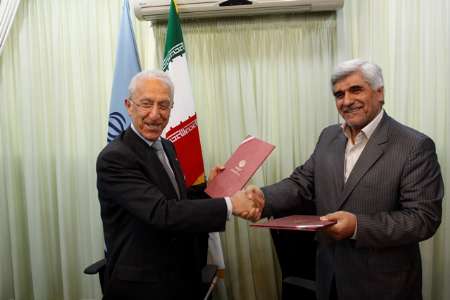 Mohammad Fahadi, Iran’s Minister of Science, Research and Technology who paid a visit to Germany at the head of an academic delegation received the International Neurology Institute of Hannover’s honorary diploma of membership during a joint meeting.

During the meeting, Iranian delegation also held talks with the prominent faculty members of universities in Hannover, discussing the ways to promote cooperation in future.

Iran’s minister of science and the International Neurology Institute of Hannover headed by Professor Madjid Samii signed an agreement last October to establish the International Research Center for Medical Technologies.

The center which is designed based on the leading international scientific centers model is aimed to enhance the academic research and training in the field of medical sciences.