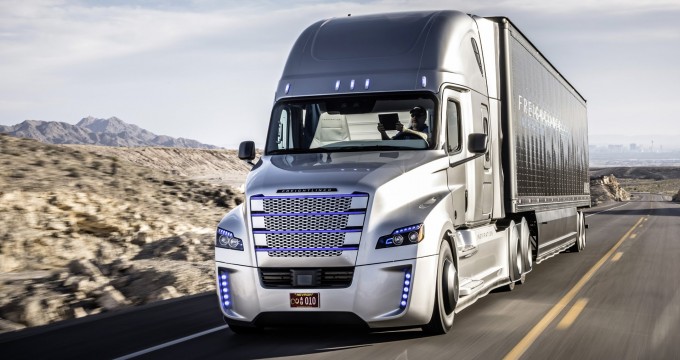 German automaker Daimler says its truck business plans a swift return to Iran where the race among carmakers for a share of the country’s huge market is getting intense after the lifting of sanctions.

Daimler said Monday it has signed letters of intent with local partners Iran Khodro Diesel and Mammut Group to arrange a “comprehensive re-entry” into the country.

“We plan to quickly resume our business activities in the market there,” Daimler Trucks head Wolfgang Bernhard said.

Daimler had an established jurisdiction in Iran, with a business dating back to the 1950s, where it sold up to 10,000 vehicles a year, before sanctions obliterated it.

Plans include setting up a representative office, and sales of Daimler’s Mitsubishi FUSO brand trucks in cooperation with Mayan, part of the Dubai-based Mammut Group.

Iran Khodro Diesel is a subsidiary of Iran Khodro Industrial Group, the largest vehicle manufacturer in the Middle East and North Africa region, having more than 50-percent market share in Iran.

The German company intends to buy 30% of shares which it had sold in IDEM in order to build diesel engines.

Daimler said there was “high pent-up demand in the Iranian truck market.” The company estimates that Iran needs to replace 56,000 commercial vehicles over the next three to five years.

The Ministry of Industry, Mine and Trade estimated that about 200,000 commercial vehicles would be replaced in the coming years.

“With its growth potential following many years of sanctions and the pent-up demand in the transport sector, Iran offers promising opportunities for Daimler Trucks,” it said.

Despite the sanctions, Iran was one of the largest national economies in the Middle East, with a GDP of $415 billion in 2014 where industry accounted for almost half of the economy, the German company said.

On Sunday, German officials said they expect a steep rise in exports to Iran as Economy Minister Sigmar Gabriel said he would visit Tehran in early May to drum up trade.

Germany’s Chambers of Commerce and Industry (DIHK) said it expected exports to Iran to double to 5 billion euros ($5.5 billion) in the coming years and reach twice that figure in the long term.

Gabriel said the revival of trade “gives us the opportunity to open a new chapter in German-Iranian trade ties.”

Last week, Siemens signed deals to work on Iran’s railway infrastructure. The VDMA engineering trade group plans to open an office in Tehran in the first half of this year to help companies sell machinery in Iran.