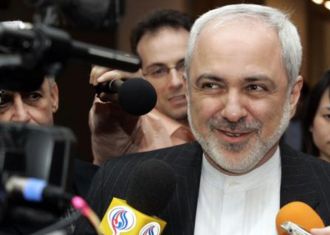 As the diplomatic sources said, the International Atomic Energy Agency (IAEA) is likely to release its final report Saturday on Iran’s commitments to its nuclear activities according to the JCPOA.

Under the JCPOA, limits are put on Iran’s nuclear activities in exchange for, among other things, the removal of all nuclear-related economic and financial sanctions against the Islamic Republic.

After the IAEA verified Iran’s actions towards its commitments to the nuclear agreement, it will release its related report; then the joint statement on that issue will be read by Zarif and the European Union foreign policy chief Federica Mogherini.

After the IAEA verification, the ground will be prepared for implementation of the JCPOA.

In another signal that implementation of the deal is imminent, the US President Barack Obama issued an executive order Friday that delegates to Kerry authority to sign off on the expected IAEA verification, the American news agency Associated Press has reported.