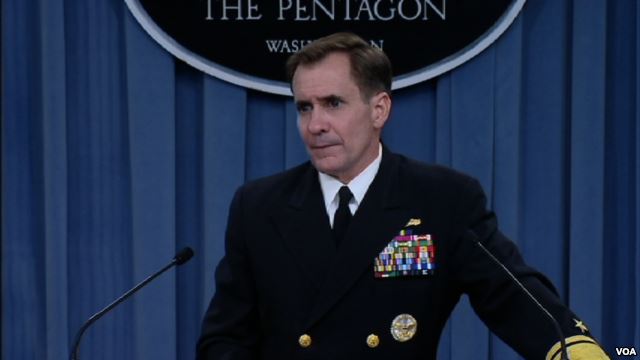 Tehran, Jan 12, IRNA – US State Department Spokesman John Kirby has said that the implementation day of the nuclear deal could be very soon.

In a press briefing on Monday, he noted that Iran has so far made good on its commitments under the Joint Comprehensive Plan of Action (JCPOA).

“And as I said separately and distinct from that, the Iranians continue to make progress on implementation. And you heard the Secretary himself last week talk about the fact that we believe that it could happen very soon,” Tasnim News Agency quoted the official website of US State Department as saying.

In answering to a question regarding reports that whether or not Iran has removed the core of its Arak heavy water nuclear reactor and filled it with cement before the sanctions relief, he said, “… We’re not able to confirm that right now. I mean, we just saw these reports roughly around the same time you did. This is really also for the IAEA to confirm, and I note that they have not confirmed that on their own.”

Also referring to the US planned financial sanctions against Iran over its ballistic missile program, he said, “The issues are of a technical nature, and when we’re at liberty to discuss more about it, we will”.

Iran and the Group 5+1 (also known as the P5+1 or E3+3) on July 14 reached a conclusion on a 159-page nuclear agreement that would terminate all sanctions imposed on Tehran over its nuclear energy program after coming into force.