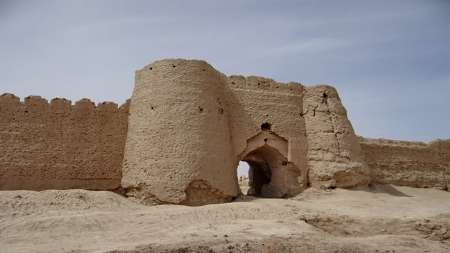 Issa Ebrahimzadeh said that the castle is named after Rostam — the greatest legendary hero of Sistan, the Tehran-based English newspaper ‘Iran Daily’ reported.

The major architectural features of Rostam Castle are its entrance gateway, watchtowers, moat and royal court in addition to residential areas, he added.

The entrance gates and 14 watchtowers are still standing in glory, he said.

Ebrahimzadeh continued that the castle is located 70 km off Zabol-Zahedan Road.

The castle attained its zenith during the Kiani rule in the Safavid era, he said. However, sections of the castle have been destroyed due to changes in the river’s course.

Although no archeological excavations have been conducted on the castle, pieces of enameled potteries found at the site bear witness to its long history.