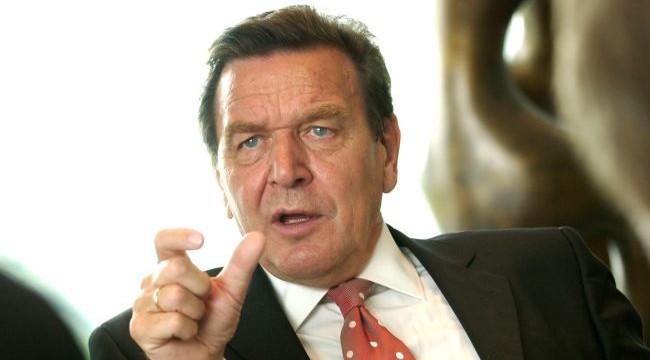 Schroeder: New chapter to open in cooperation between Iran-Germany

Iran is one of the world’s most important oil hubs, said Gerhard Schroeder in a meeting with Iranian Minister of Petroleum Bijan Zangeneh on Tuesday.

Germany is, politically and socially, fully prepared to expand cooperation with Iranian companies, he stressed.

Schroeder said his country is willing to invest in Iranian projects, train Iranian workforce and transfer technology to the country.

Schroeder and his 27-member team arrived in Tehran on Monday. In addition to Zangeneh, he has also held meetings with Iranian President Hassan Rouhani and Foreign Minister Mohammad-Javad Zarif on this visit so far.