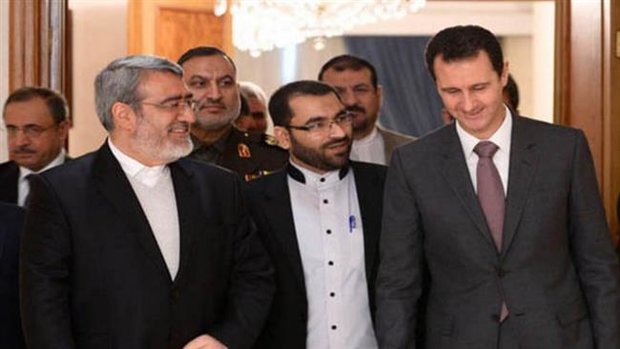 The deeply-rooted strategic relations between Iran and Syria and cooperation between the two countries in all fields, mainly in the field of fighting terrorism, were discussed during the meeting.

President al-Assad voiced Syrian people appreciation for Iran’s stance of supporting Syria in facing terrorism, asserting that “the friend countries, ahead of them, Iran and Russia, have an important role in supporting Syrians’ steadfastness during five years to achieve victories in their crucial war against Takfiri terrorism which may determine to a large extent features of new world map.”

For his part, the Iranian minister reiterated “the stance of the Iranian leadership and people, in standing by Syria, is firm and steady” and it stems from the absolute belief that the Syrian people face a fierce world war as its tools are the obscurantist terrorism, extremist Takfiri thoughts and its dangers exceed the boarders of Syria and the region.