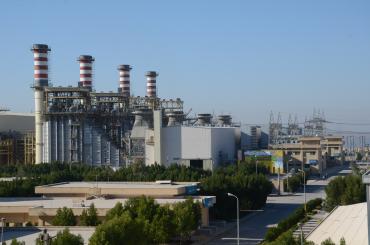 China gets ultimatum on Abadan Refinery

Tehran, Jan. 12 (MNA) – Deputy oil minister has announced the issuance of an ultimatum to a Chinese company on the developmental contract of Abadan Refinery.

Managing Director of National Iranian Oil Refining and Distribution Company (NIORDC) Abbas Kazemi referred to the interminable and prolonged negotiations of NIORDC with a Chinese company on financing the stabilization project of Abadan oil refinery adding “in the current situation, we need to take advantage of the available credit in China for financing oil plans.”

Kazemi stated that the engineering stages of the refinery plan have been initiated; “Iran’s Oil Ministry pursues the policy of continuous cooperation with the Chinese side for the implementation of Abadan refinery’s stabilization project.”

The official stressed that 85 per cent of the budget required for the huge project needs to be financed by investors emphasizing “the Iranian Ministry of Oil prefers Chinese financers.”

NIORDC managing director said due to considerable stalling for time on the part of the Chinese firm, they have received a tough ultimatum; “the Chinese side has been warned that a substitute contractor would be hired if they uses any more delaying tactics.”

“So far, preliminary studies have been undertaken and the basic planning is 20 per cent through,” noted Kazemi estimating that the operational stages of the refinery project will become implemented in the next Iranian calendar year.

Deputy Head of National Iranian Oil Refining and Distribution Company (NIORDC) Shahrokh Khosravani had previously announced that the credit required for construction and operation of the refinery is about 2,600 billion euros.

Meanwhile, Oil Ministry had stated that EPC contract for Abadan refinery expansion project has not been signed yet, however the detailed design phase of the EPC agreement has begun since 2013 by signing Early Work agreement.