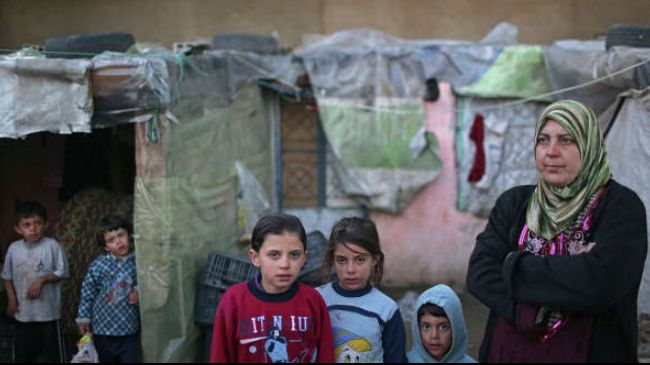 As an aid convoy sets off for Syria’s southwestern town of Madaya, reports have emerged detailing the looting and exploitation of similar humanitarian consignments in the past by Takfiri terrorists in the area.

According to the Lebanese al-Manar TV on Sunday terrorist groups, including the so-called Jaish al-Fath and Ahrar al-Sham Movement, stored aid packages delivered to Madaya, which is located about 50 kilometers (31 miles) northwest of Damascus countryside, last October and sold it to the locals at sky-high prices.

Residents in the area told the channel that terrorists bought women’s jewelry at low prices and exorbitantly overcharged them for food.

Terrorist groups are using the locals as human shields and exploiting them to receive more aid, the report added.

This as a new batch of aid is expected to leave for Madaya, which is surrounded by Syrian troops and allied forces.

The Syrian government recently agreed to facilitate the flow of relief aid into Madaya, which has been the scene of fierce clashes between pro-government forces and Takfiri militant group.

Militant sources and certain media outlets have blamed government forces and fighters with Lebanon’s resistance movement, Hezbollah, who are operating against terrorists for the humanitarian crisis in Madaya.

However, Hezbollah on Thursday strongly rejected the accusations and the media “propaganda” targeting resistance fighters and held the militants responsible for the severe food shortage in Madaya, al-Manar reported.

According to the UN, up to 4.5 million people live in hard-to-reach areas of Syria which has witnessed a deadly crisis fueled by foreign-backed Takfiri terrorists since March 2011.

More than 260,000 people have reportedly lost their lives and millions of others have been forced to flee their homes due to the violence.