Neither diplomatic response nor military action against Saudi: Poll

Tehran, January 11, The Iran Project – While Saudi Arabia is using all its efforts to isolate Iran, a public opinion poll says that Iran needs something other than military response or the usual diplomatic measures to respond to Saudi Arabia’s actions.

According to The Iran Project news website, a survey conducted by Twitter account @iran shows that public opinion in social networks agrees that Iran should react to Saudi Arabia but there is no consensus on how to respond to this country provocative measures. 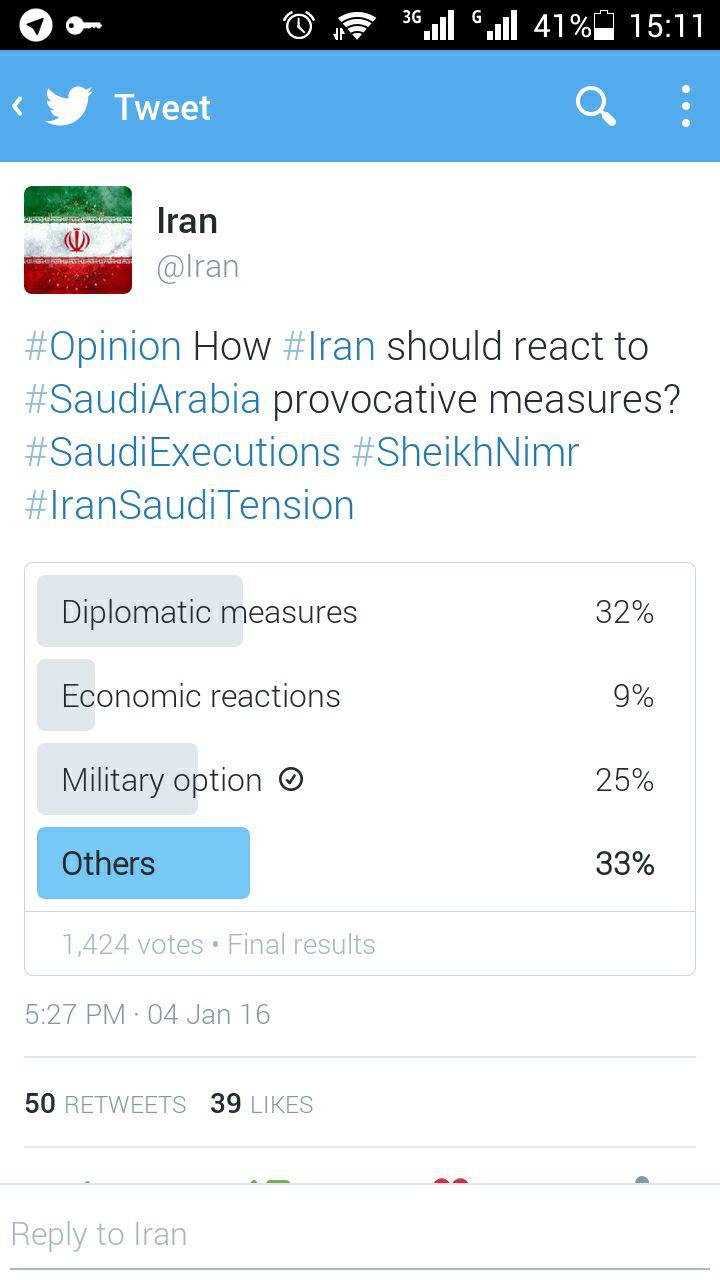 In the survey which was conducted by the Iran Project, asking the question “how should Iran react to Saudi Arabia’s pressures?”, in 24 hours,1424 people voted to different options among which economic pressure got the lowest vote (9 percent).

A quarter of survey participants have been calling for military action against Saudi Arabia and 32 percent voted for diplomatic pressures.

“Other measures” received the highest vote, and 33 percent of the survey respondents chose diplomatic pressure.

It seems that to the survey participants that form a small but effective statistical society, neither diplomatic response nor military option or economic pressure is enough, but they call for a better reaction.