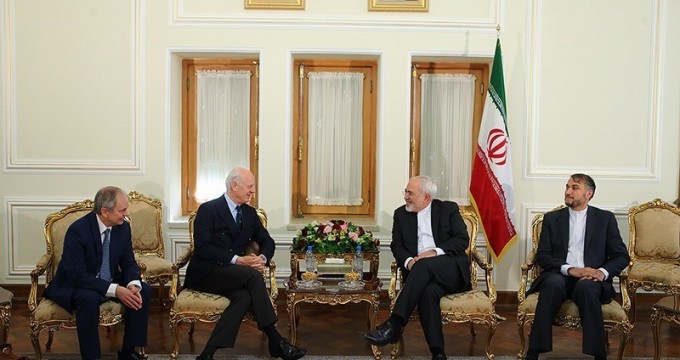 According to the Cooperation Council for the Arab States of the Gulf, Arab states of the Persian Gulf will take additional measures against Iran.

Schroder to visit Tehran this week

Gerhard Schroder, ex-German Chancellor, is to meet with Iran’s Minister of Science, Research and Technology Mohammad Farhadi this week on Tuesday.

On the verge of President Hassan Rouhani’s visit of Rome, Italian Foreign Minister Paulo Gentiloni said his country will be the first European country to be visited by a high ranking Iranian delegation in post nuclear agreement era.

Iran’s Interior Ministry Spokesman Hossein-Ali Amiri says the deputy governor general of Tehran Province for security affairs was removed due to the dereliction of his duties in the case of the recent attack on the Saudi embassy in Tehran.

A senior Iranian Navy commander announced that a massive drill code-named “Velayat 94” is planned to be held in the northern areas of Indian Ocean in the coming days.

Iran seeks de-escalation of tensions in the region including decrease of tensions with Riyadh, Foreign Ministry Spokesman Hossein Jaber-Ansari said on Sunday.

Ali Akbar Velayati, an international adviser to Supreme Leader of the Islamic Revolution, likened Saudi Arabia to an angry person with no hope to find logical solutions to a litany of problems it is facing.