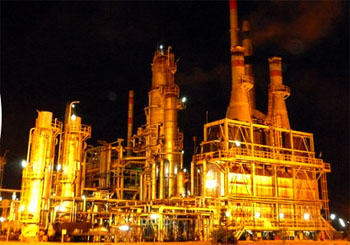 Tehran, January 9, The Iran Project – Deputy of Iran’s oil minister says the negotiation with Spanish firm is underway to build a refinery of about 200,000 barrels in order to ensure Iran’s oil sale.

Speaking to a reporter on Saturday, Abbas Kazemi, deputy oil minister and managing director of the National Iranian Oil Refining and Distribution Company (NIORDC), said that following the Spanish side’s proposition, Iran is to build a refinery in order to boost Iran’s crude export.

Noting the capacity of the refinery which is 200,000 barrels per day, he stated that Iran and Spain has equal share in the project’s investment.

“The negotiations are underway and is yet to be finalized,” he underlined, adding that the project is economically justifiable due to the steady supplies that it creates for Iran’s crude oil.

Elsewhere in his remarks, he also highlighted that investing in overseas refineries is one of the most common ways used by oil producing countries to boost crude exports

The deputy of Iran’s oil minister earlier had said that “in order to boost oil exports, we must create new demand outside the country so that we would be able to guarantee long-term sale of our country’s crude oil.”