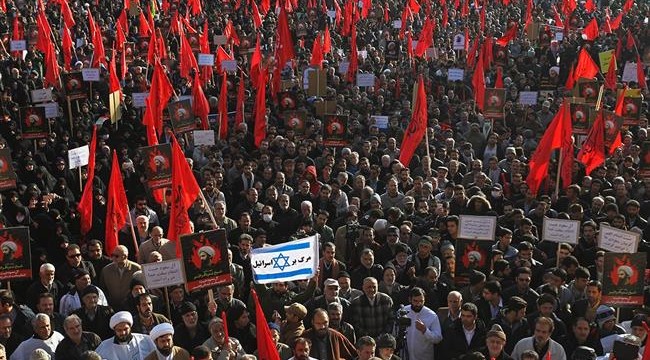 Iranians have held fresh rallies across the country, including the capital Tehran, to condemn Saudi Arabia’s execution of prominent cleric, Sheikh Nimr al-Nimr.

Thousands of people marched through Tehran following the Friday Prayers amid tensions between Iran and Saudi Arabia over the past week.

The demonstrators chanted slogans against the United States, Israel and Saudi Arabia and condemned the Al Saudi regime’s crimes, including the killing of Sheikh Nimr.

Some of the protesters carried placards with the picture of the prominent cleric who was executed in Saudi Arabia along with 46 others on January 2 for terrorism-related charges.

Saudi Arabia severed diplomatic relations with Iran on January 3 following demonstrations held in front of the Saudi embassy in Tehran and its consulate in the northeastern city of Mashhad by angry protesters censuring the Al Saud family for the killing of Nimr. Some people mounted the walls of the consulate in Mashhad while incendiary devices were hurled at the embassy in Tehran. Some 50 people were detained over the transgression.

He said the US, Saudi Arabia and the Israeli regime are the main perpetrators of crimes against Muslims.

“The Zionist regime (Israel) plans such crimes, the US supports them and Saudi Arabia funds them,” Kashani pointed out.

He also criticized international bodies for their silence on Saudi crimes and their failure to adopt a severe stance vis-à-vis the regime’s atrocities.