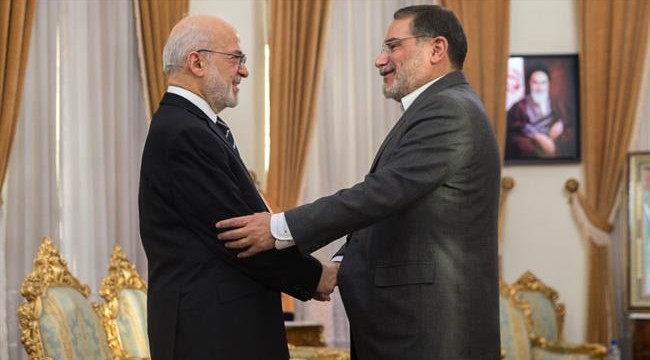 A senior Iranian official has criticized as “unacceptable” Saudi Arabia’s exploitation of its potentialities to harm Muslims’ interests in the Middle East region.

Saudi “inexperienced rulers’ negligence of the interests of Muslims and Islamic countries and exploiting their potentialities… for derogation and killing of Muslims is a shocking and unacceptable approach,” Secretary of Iran’s Supreme National Security Council (SNSC) Ali Shamkhani said on Wednesday.

Shamkhani made the remarks in a meeting with visiting Iraqi Foreign Minister Ibrahim al-Jaafari in Tehran, where the pair discussed the latest developments in the region.

The Iranian official expressed regret that certain countries are “hiring foreign mercenaries” to kill civilians in Yemen and exacerbate insecurity across the region.

Saudi Arabia began the campaign against Yemen in late March 2015. The strikes are supposedly meant to undermine the Ansarullah movement and restore power to fugitive former Yemeni president, Abd Rabbuh Mansour Hadi. More than 7,500 people have been killed and over 14,000 others injured since the strikes began.

Shamkhani further described as “regrettable and unacceptable” the execution of top Shia cleric Sheikh Nimr Baqir al-Nimr by the Saudi regime, saying the killing “arises from sectarianism” policy of Riyadh.

Saudi Arabia announced the execution of Sheikh Nimr and 46 others on Saturday despite international calls for the release of the opposition cleric and other jailed political activists in the kingdom.

Sheikh Nimr was shot by Saudi police and arrested in 2012 in Qatif in Saudi Arabia’s Eastern Province, which was the scene of peaceful anti-regime demonstrations at the time.

He had been charged with instigating unrest and undermining the kingdom’s security. He had rejected all the charges as baseless.

The Iraqi foreign minister, for his part, denounced the killing of Sheikh Nimr, underlining the need for unity among Muslims to counter enemy plots.

All Muslim countries should prioritize fighting Takfiri terrorism and mobilize their efforts in the establishment of security and stability in the region, he said.

Jaafari further heaped praise on the Islamic Republic for its anti-terror efforts and called for the continuation of Tehran-Baghdad consultations to settle the problems in the region.