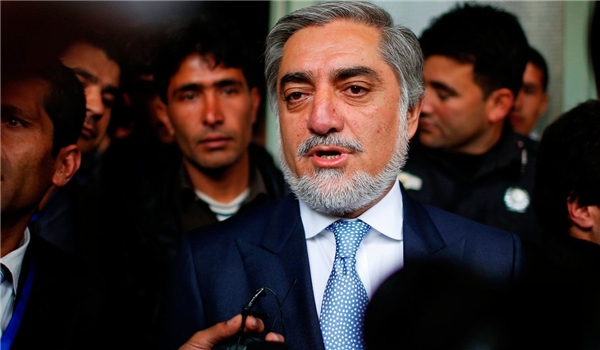 ‘The Islamic Republic of Iran as a neighboring country has always been friend of the Afghan nation and government,’ Abdullah said on Monday, addressing a meeting of economic activists of Afghanistan in the port city of Chabahar.

‘The high interaction of the people and Afghan activists of the two countries has a historical and cultural track record.

Abdullah added that close distance with Afghanistan and access to free waters in Chabahar can play an important role in Afghanistan development and Chabahar is the best point for transit goods.

He expressed hope that by execution of development projects in Chabahar, Afghan businessmen can take maximum advantages by investing in Chabahar.

Afghan Chief Executive added that Afghanistan had been in war for four decades and now government has based its policy on economy to develop the country.

He added that we have different mechanism for trade development, transit, cultural, sport and economic plans and trying to receive energy, electricity from Iran and connecting railroad.

Abdullah said that Afghanistan’s first priority in foreign policy is relations with the neighboring and friendly countries like Iran and added that this visit and visit of President Ashraf Ghani which took place few months ago is for expanding bilateral ties.

He added that Chabahar is one of the most important ports in the world and Afghan businessmen pay special attention to this place.

He said that Iran is an appropriate place for Afghan investors and there are plenty of Afghans in CFR in economic activities.

Afghan Chief Executive Abdullah Abdullah arrived in Chabahar on Wednesday noon at the head of a high-ranking Afghan delegation and is to depart the place for Kabul on this evening.