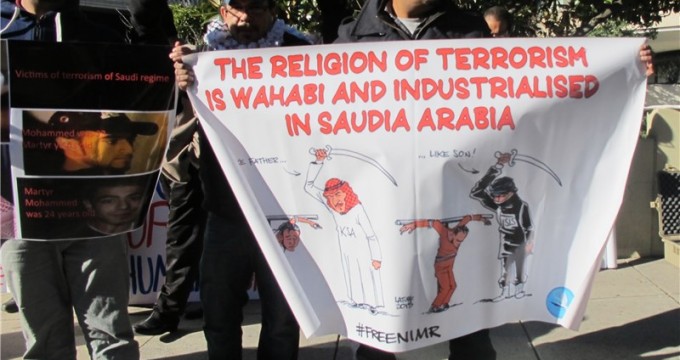 According to Tasnim dispatches, at the demonstration held in front of the Saudi embassy in Washington on Tuesday, the protesters voiced their outrage over the “crimes” committed by the Al Saud regime, including the killing of Sheikh Nimr.

The demonstrators chanted anti-Saudi slogans, holding up placards saying “WE DEMAND THE BODY OF SHEIKH NIMR,” “STOP SAUDI EXECUTIONS” and “PROPER BURIAL IS A HUMAN RIGHT”.

The executions took place in 12 cities in Saudi Arabia, four prisons using firing squads and the others beheading. The bodies were then hanged from gibbets in the most severe form of punishment available in the kingdom’s law.

Sheikh Nimr had been detained in July 2012 on charges of delivering anti-regime speeches and defending political prisoners.