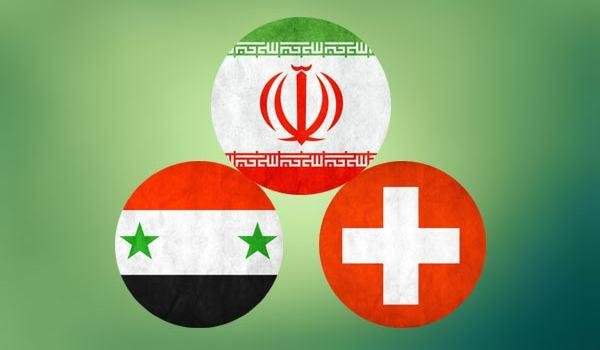 Trilateral meeting on Syria to convene in Tehran

TEHRAN, Jan. 06 (MNA) – The Trilateral meeting of Iran, Switzerland and Syria will be held on Wednesday afternoon in Espinas Persian Gulf Hotel in Tehran.

The deputy foreign ministers of the Islamic Republic of Iran, Switzerland and Syria will convoke a trilateral session on Wednesday afternoon January 06 in Tehran’s Espinas hotel.

The Iranian Deputy Foreign Minister for Arab-African Affairs Hossein Amir-Abdollahian has said the gathering seeks to review the political solutions to resolve the Syrian crisis.

“Investigating strategies for dispatching humanitarian aid to the Syrian people will be on the agenda of the meeting,” underlined Abdollahian.

Previously on November 30, 2015, the Syria peace talks, also known as the Vienna Process took place as an ongoing phase of international negotiations to resolve the conflict in Syria which was held in Vienna, Austria at the level of foreign ministers.

Foreign ministers from 15 countries, Chinese deputy foreign minister, as well as top representatives from the European Union and the United Nations had convened in the meeting to find a way for settlement of the Syrian crisis.

Also on 14 November 2015, against the backdrop of a series of terror attacks in Paris, France, the Vienna talks, involving among others Iran, resumed in Vienna, and lasted for over 5 hours.

The joint statements on the outcome of the talks on Syria in Vienna of 30 October 2015 and the statement of the ISSG of 14 November 2015 are referred to by the subsequent documents issued by the UN as the ‘Vienna Statements’.

UN spokesman Michele Zaccheo has told reporters during a briefing in the Swiss city of Geneva on Tuesday January 05 that peace talks on Yemen and Syria planned to take place later in January are still on schedule despite recent developments in the region after Saudi Arabia decided to sever its ties with Iran.