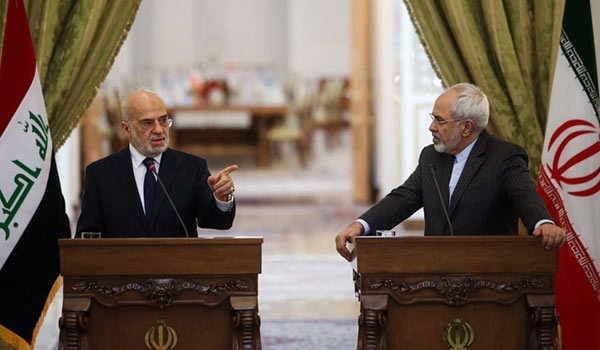 “Saudi Arabia has moved against our efforts and they opposed the nuclear agreement, in line with the Zionist regime,” Zarif said, referring to Israel, and Iran’s deal last year with world powers over its atomic programme.

“This trend of creating tension must stop,” Zarif said of Saudi Arabia, which cut diplomatic ties with Iran on Sunday following an arson attack at the kingdom’s Tehran embassy the day before.

That incident followed anger in Iran, Iraq and other countries after Saudi Arabia executed a prominent Shiite cleric, Nimr al-Nimr, on Saturday.

“We have never sought to create tension. We have always adopted a policy of interaction and dialogue,” Zarif said, reiterating that the Iranian government had condemned Saturday’s embassy attack as “not at all justified”.

“All Iranian officials condemn it,” he added.

The nuclear deal struck last July between Iran and five other world powers was seen as a diplomatic triumph by its authors but it was vehemently opposed by Israel. Saudi Arabia was also critical of the accord.

As the region’s dominant Sunni and Shiite Muslim powers, Saudi Arabia and Iran have a difficult history and Riyadh fears that the nuclear agreement will empower Tehran.

The ISNA news agency reported that Jaafari was making efforts to “advance dialogue and have a diplomatic role in preventing efforts to create discord”, so that the region could “pass its current challenge”.

The visit came after the crisis between Saudi Arabia and Iran widened on Tuesday when Kuwait recalled its ambassador to Tehran and Bahrain severed air links with the Islamic republic.