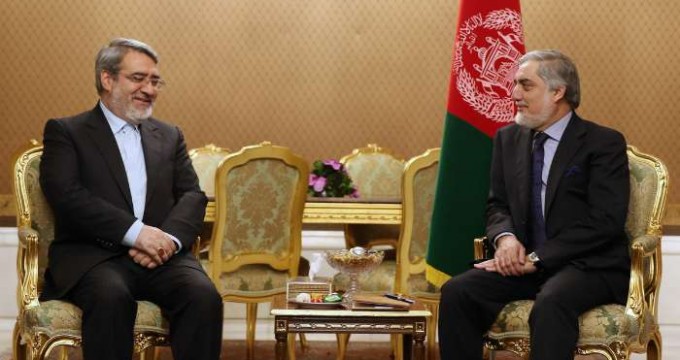 He also called for fostering mutual relations in political, economic, and security fields and utilizing the untapped potentials for expanding bilateral ties.

Abdullah arrived in Tehran on Monday afternoon for a 3-day visit.

So far, he has exchanged views with several high-ranking Iranian officials on bilateral relations and regional cooperation.

Abdullah is the second Afghan senior official, who has visited Iran in the Iranian year of 1394 after President Mohammad Ashraf Ghani paid a visit to Tehran on April 19, 2015.