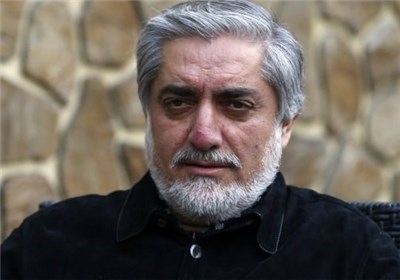 Abdullah was welcomed on his arrival in Chabahar airport by Sistan and Baluchestan governor, officials, Ulemas and local seniors.

Chabahar is a free port (Free Trade Zone) on the coast of the Gulf of Oman.

Abdullah is scheduled to participate in two meetings with economic officials and activists.

Abdullah is also going to take part and give a speech in a meeting held in Islamic Azad University of Chabahar.

Free zone director, Chabahar’s governor, general managers of ports and maritime administrations and fishery officials are present in this meeting.

He will also have a meeting with Afghan economic activists held in Kosar Hall.

General director of Sistan and Baluchestan Ports and Maritime Organization, Siavash Rezvani said on Wednesday that Abdullah will visit port and infrastructure development projects, capabilities and potentials of one of the biggest ports in Iran.

Rezvani said that Chabahar port has a capacity of loading and unloading 2.5m tons products.

He added that 95 percent of Afghanistan’s requirements is fulfilled through sea and land.

Afghanistan is one of Iran’s neighboring countries which regards Chabahar port as one of the international waterways.

Chabahar port together with Chabahar-Milk-Zaranj transit way is very important in developing trade and transit and in cross-border transactions.

Abdollah arrived in Tehran on Monday afternoon for a 3-day visit.