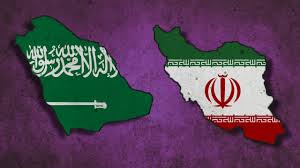 The UN special envoy to Syria headed off to Saudi Arabia and Iran on Monday for talks to diffuse tensions between the two countries.

The United Nations special envoy for Syria traveled to Saudi Arabia on Monday, from where he will head to Iran for talks with the countries’ leaders, the UN spokesman said on Monday.

Saudi Arabia’s execution of a prominent Shia cleric led to violent protests at the Saudi embassy in Tehran, which led to a breakdown of relations between the two countries. The UN envoy for Yemen also intends to travel to the two countries, according to the spokesman.

UN Secretary-General Ban Ki-moon had phone calls with both countries’ foreign ministers in an effort to diffuse tensions.

“The Secretary-General reiterated that the attack on the Saudi embassy in Tehran was deplorable, but added that the announcement of a break in Saudi diplomatic relations with Tehran was deeply worrying,” UN spokesman spokesman Stephane Dujarric said at a press briefing.

The spokesman added that there are currently no plans for UN Secretary-General Ban Ki-moon to visit the region, although he is concerned about the situation.

Saudi Arabia previously cut air traffic with Iran, and said that it intends to cut all commercial ties. Saudi allies in the region followed in breaking diplomatic relations or reducing embassy staff. Bahrain said that it does not intend to completely break off relations.
By Sputnik