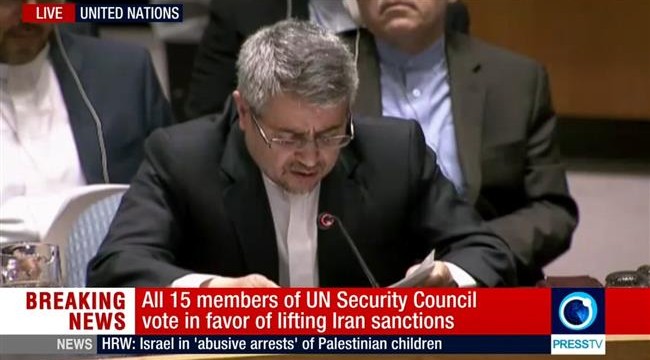 ‘The Islamic Republic of Iran reiterates its commitment to compliance with the relevant international law and documents, specially Vienna Convention of 1963 on Consular Relations and Vienna Convention of 1961 on Diplomatic Relations and it will do its best to arrest all the perpetrators of the incident and prosecute them,’ Khoshrou said in his letter while expressing regret that some protesters entered the Saudi embassy building and caused some damages to it despite widespread efforts by the law enforcement forces to prevent them from doing so.

He wrote that after the recent incidents, President Hassan Rouhani issued the necessary orders to the relevant bodies, including the interior ministry to expedite follow-up of the issue and brining to justice the perpetrators of the crime.