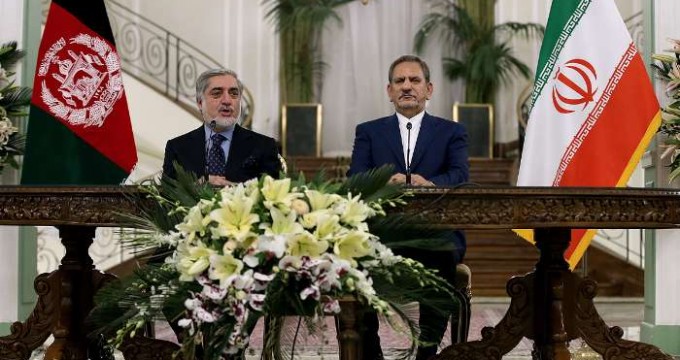 Jahangiri said after the ceremony that the volume of annual trade transactions between the two neighbors stands at $2.5 billion, adding that he and his guest has held constructive talks on mutual ties and development of trade.He went on to say that terrorist groups have turned into a headache for the region, adding that Iran and Afghanistan can join hands to take on terrorism.