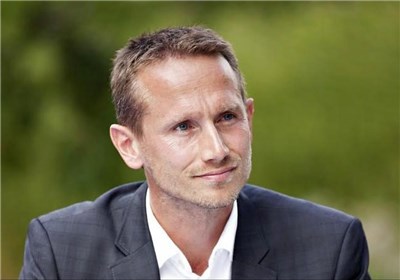 TEHRAN, Jan. 5 (Shana) – Danish Foreign Minister Kristian Jensen said the companies in his country are eager to set up long-term cooperation with their Iranian counterparts in the oil and gas industry.

“I think Iran and Denmark enjoy vast capacities to develop their ties in various economic fields,” he told reporters following a meeting with Iranian Minister of Petroleum Bijan Zangeneh here on Tuesday.

Referring to Iran’s vast oil and gas resources, Jensen added, “We are waiting for withdrawal of sanctions in order to start cooperation with Iran.”

“The Danish companies that are accompanying me in the visit hope to find Iranian partners for long-term cooperation,” he said, “They are after investment and cooperation with the Iranian companies that are active in the fields of oil and gas.”
Jensen also said that the Danish firms have the experience of presence and investment in the oil projects of the Persian Gulf countries as well as inside Denmark hoping that they can start their projects in Iran in the near future.

Heading a 60-member delegation, Jensen arrived in Tehran on Monday to meet Iranian officials and business people on political, economic and international issues of mutual interest.
Foreign Minister Mohammd Javad Zarif said that Iran and Denmark are going to discuss expansion of mutual ties in various areas including in the field of oil industry.

Topics to be negotiated during Jensen’s stay include banking, trade, economy, culture, education, research, human rights, exchange of experience, regional problems such as extremism and terrorism, anti-drugs, and Islamophobia, he added.