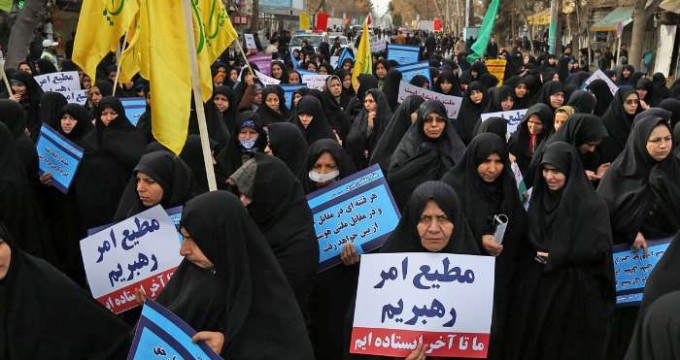 Weekly Report: From the 9th of Dey anniv. to Sheikh Nimr’s execution

Tehran, January 3, The Iran Project – Ceremonies to commemorate the anniversary of the 9th of Dey across Iran, Ayatollah Khamenei’s remarks in meeting with the participants of International Islamic Unity Confab and the Iranian’s massive protests following the execution of Sheikh Nimr and 46 others dominated the country’s media outlets in the past week (Dec.27-Jan.3).

Parliament ready to retaliate US breaches of JCPOA: Iran’s Larijani
Iranian Parliament Speaker Ali Larijani slammed Washington’s recent moves against Tehran, saying that the Iranian parliament is ready to retaliate such moves that are contrary to the nuclear deal between the Islamic Republic and world powers.

Nimr’s execution sparks angry reactions among Shia, Sunni senior clerics
The execution of Sheikh Nimr al-Nimr, a leading Shia cleric and a prominent critic of the Riyadh regime, along with 46 others by the Saudi Arabia government on Saturday morning, sparked angry reactions from Iran’s high rankings clerics who expressed condemnations in strongest possible terms.

MSC shipping line returns to Iran after 6 years
The Geneva-based Mediterranean Shipping Company (MSC), the world’s second-largest shipping line, has returned to Iran more than six years after it docked at an Iranian port the last time, an official said.

Iran ready for promised oil output surge
Iran said on Friday that it is all set to go ahead with an immediate surge in its oil production by 500,000 barrels per day as soon as the sanctions against the country are lifted.

As Iran moves swiftly on nuclear deal, sanctions could go soon
Iran appears to be racing toward a major milestone in the nuclear agreement reached this summer with six world powers: “implementation day.”

Iran sanctions removal means rivalry for regional airlines
Aviation industrialists are speculating that the removal of sanctions against Iran will put pressure on major Middle East carriers, creating new competition for those who have built a business on connecting regional and international traffic.

Iran return to Int’l market not to worsen oil price plunge: Official
All domestic sectors are required to cooperate with the Ministry of Petroleum in crude exports in the post-sanctions era, said the director general for international affairs of the National Iranian Oil Company (NIOC).

Rouhani orders Iran’s missile program accelerated
Iranian President Hassan Rouhani has issued an order calling on the country’s Defense Ministry to expedite efforts for boosting the country’s missile power as reports emerge of US plans for imposing fresh sanctions on Tehran over the issue.

Iran has more missiles than it can hide: General
Iran’s Revolutionary Guards have so many missiles they don’t know where to hide them, a senior commander said at Friday prayers, after the United States threatened to impose fresh sanctions.

Any aggressor to get Iran’s harsh response: Commander
Commander of Iran’s Army Ground Force reaffirmed on Friday that the Armed Forces would strike a crushing blow to anyone daring attack the country.

Iran has plans to optimize ballistic missiles: DM
Iran’s defense minister unveiled plans on Saturday for upgrading diverse features of the country’s ballistic missiles, but ruled out any special plans for the moment to extend the range of projectiles.

Iran produces new-generation Nano solar cells
Researchers at Amir Kabir University of Technology have developed quantum dot solar cells, setting the stage for the industrial production of such cells in the country.

Parviz Tanavoli: Iranian artist who made something out of nothing
The country’s most renowned living artist on his famous ‘heech’ works, being summoned by the shah, and the resurgence of Iran’s art scene

Saudi Arabia; Budget gone with the war
The smoke rising from Saudi Arabia’s 2015 budget is a sign that the wars it has launched are backfiring on the regime’s financial status.