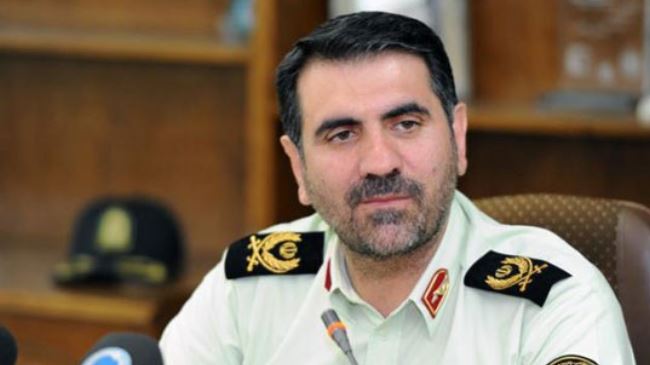 Arrests made in attack on Saudi embassy in Tehran

TEHRAN (Tasnim) – Commander of Tehran Police Force Brigadier General Hossein Sajedinia said that a number of individuals involved in a Saturday attack on the Saudi embassy in Tehran have been detained.

“Last night, at around 10:20 pm (local time), some rogue individuals staged a rally in front of the Saudi embassy and chanted anti-Saudi slogans,” Brigadier General Sajedinia told the Tasnim News Agency on Sunday.

“Following the rally, some of them threw stones and Molotov cocktails at the Saudi embassy that caused fire in part of the embassy building,” he stated.

The commander went on to say that, unfortunately, during the “illegal” acts a number of police forces were injured and some of the protesters, who had entered the building, were arrested.

The Iranian protesters had staged the rally to condemn the Riyadh regime for executing prominent Shiite cleric Sheikh Nimr al-Nimr.

The cleric’s name was among a list of the 47 carried by the state-run Saudi Press Agency. It cited the interior ministry for the information. Saudi state television also reported the executions.

Sheikh Nimr was detained in July 2012 on charges of delivering anti-regime speeches and defending political prisoners.

His arrest sparked widespread protests in the Arab country, leaving a number of people dead.