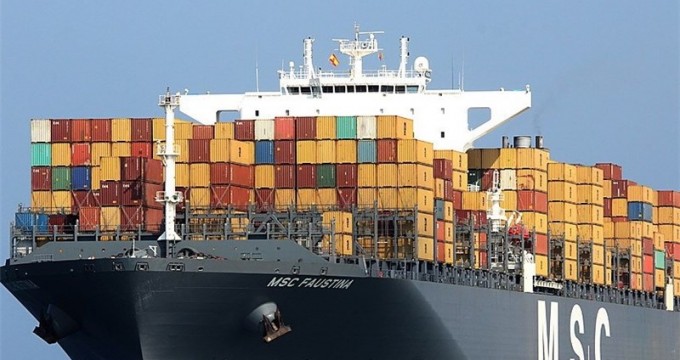 TEHRAN (Tasnim) – The Geneva-based Mediterranean Shipping Company (MSC), the world’s second-largest shipping line, has returned to Iran more than six years after it docked at an Iranian port the last time, an official said.

A few weeks before the implementation of a recent nuclear deal between Tehran and world powers, which will terminate all anti-Iran sanctions, the Swiss ship MSC Domitille arrived at the second terminal of largest Iranian port Shahid Rajaee on Thursday.

Ebrahim Eidani, the director-general of Ports and Maritime Organization of Hormozgan province, said the ship was the first one belonging to the Swiss company docking in Iran after six years.

MSC Domitille with a capacity of 9400 TEU had left the Chinese port of Shanghai with 1162 TEU of cargo before arriving at Shahid Rajaee Port, he noted.

From now on, Eidani added, MSC ships are scheduled to dock at the Iranian southern port every week.

The last MSC ship that berthed in Iran was MSC Beatrice with a capacity of 14000 TEU, which arrived at Shahid Rajaee Port in 2009.

A day after the nuclear deal was finalized between Iran and the Group 5+1 (Russia, China, the US, Britain, France, and Germany) back in July, MSC’s CEO Diego Aponte welcomed the deal, saying his company is willing to cooperate with the Islamic Republic of Iran Shipping Lines (IRISL) in diverse areas.

The Geneva-based company operates in all major ports of the world.