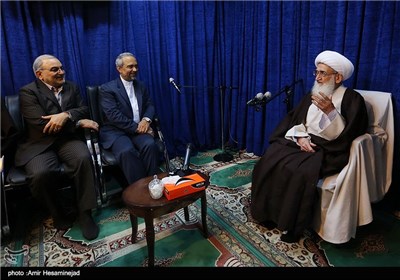 Qom, Dec 31, IRNA – Presidential Chief of Staff Mohammad Nahavandian said on Thursday that despite the security conditions and the crises across the region, Iran is in good and satisfactory security situation.

Nahavandian, who has travelled to the holy city of Qom in central Iran, made the remarks speaking during separate meetings with top religious leaders.

‘Despite the past that they accused us of supporting terrorism, today they have come to ask for our help in the fight against terrorism,’ Nahavandian said.

Nahavandian conveyed the warm greetings of President Hassan Rouhani to the grand Ayatollahs during his meetings with them in Qom.

Qom Governor-General Mehdi Sadeqi accompanied Nahavandian in his meetings with the top religious leaders in the holy city.