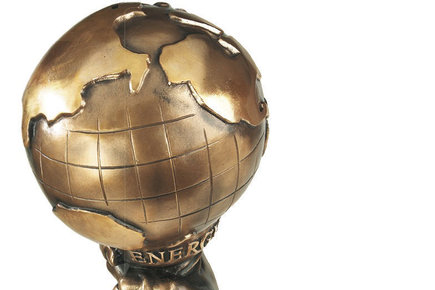 Tehran, Dec 31, IRNA – Tehran’s sewerage project has been nominated for the Energy Globe Award 2015, which is one of the most prestigious environmental awards, the Energy Globe website reported.

Eligible for participation are projects with a focus on saving resources, improving air, soil, or water quality, increasing energy efficiency, using renewables, as well as anyone making a contribution towards the fight against climate change.
With the largest wastewater treatment plant in the Middle East, Iran is listed among 15 finalists such as Demark, Australia, Canada, Ethiopia, Nepal, Switzerland, and etc. which are competing against each other in the five categories of earth, fire, water, air, and youth.
Iran’s rivals in the category of water are China and United Republic of Tanzania.
On January 19, Tehran will be the stage for the best environmental projects. It is a memorable event since this awarding ceremony will be the first worldwide TV broadcast after the lifting of sanctions.
This year, more than 177 national winners have already been awarded, and more than 80 of them have announced their coming to Tehran.
Wolfgang Neumann, the CEO of the Energy Globe Foundation, expressed happiness over Iran’s nomination along with 14 other finalists.
Neumann made the remarks during a visit to Tehran’s sewerage treatment plant, Tehran Times reported.
He additionally thanked Iran’s cooperation to sustainable energies projects, adding that Tehran’s sewerage project is pretty effective in preventing air pollution, generating energy, and promoting agriculture.
The Energy Globe Award was founded in 1999 by the Austrian energy pioneer Neumann and is one of today’s most prestigious environmental awards. Projects submitted from over 170 countries take part each year in the awards.
Goal of the Award is to present successful sustainable projects for many of our environmental problems. By audience and/or online voting the Energy Globe World Award winner is selected from among the five category winners. The 1st prize in each category is endowed with 10,000 euro cash award.