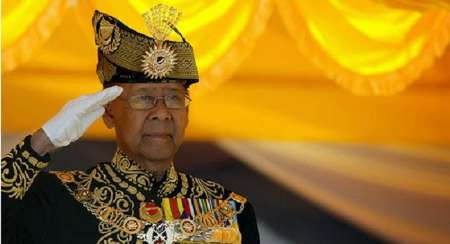 He made the remarks in a ceremony for Marzieh Afkham to present her credentials as Iran’s new ambassador to the country.
Congratulating Afkham as the first Iranian woman envoy since the victory of the Islamic Revolution, he referred to the history of bilateral ties in the fields of economy, culture and religion, saying that there are numerous areas of cooperation.
The Malaysian king wished success for Afkham as Iran’s new envoy in the county, expressing his government’s readiness for cooperation with her during her mission.
Afkham, for her part, conveyed warm greetings of President Hassam Rouhani to the Malaysian nation and government, hoping that bilateral ties and friendship will be further improved during her mission.
Referring to the significance of Iran and Malaysia in Asia Continent and Islamic world, Iran as peace-seeking country is thinking about the region’s security, stability and welfare.
‘It has always put enhancement of cooperation with Malaysia in the spheres of politics, economy and culture high on its agenda,’ he said.
She also contended that common views of the Iranian and Malaysian statesmen will pave the way for useful and constructive cooperation in the international scene, amid the emergence of destructive currents of terrorism in the Islamic world.
Afkham described post-sanctions era as a suitable opportunity for further improvement of mutual ties.