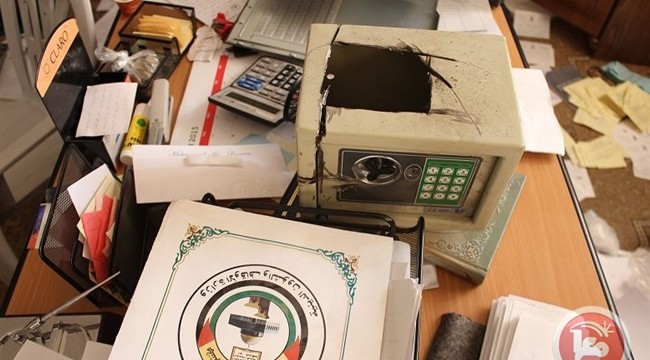 The Palestinian resources reported that Israeli troops raided the Bethlehem headquarter of a Palestinian committee for charitable work which run by Palestinian Authority as well as the prisoners’ rights group office in Nablus on Tuesday.

The offices were reportedly confiscated and destroyed by the forces that also broke down the doors and cut open two safes.

Bethlehem headquarter is sponsor of around 1200 orphans from the city’s villages, towns and camps. The Palestinian Minister of Endowment slammed the inhuman measures by Israel, saying that the confiscation of files will negatively affect the charity services to children.

Three Palestinians also were shot injured by Israeli forces in the clashes in a village in East al-Quds. Witnesses have told that clashes broke out when Israeli forces opened fire at Palestinian protesters injuring three of them.