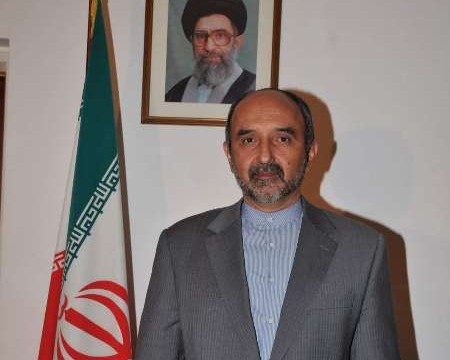 During the meeting, the two officials explored ways of boosting cooperation in the energy, banking and financial sectors as well as commercial exchanges in post-sanctions era.

Expressing pleasure over his appointment as Iran’s ambassador to Pakistan as a friendly, neighboring and Muslim country, Honardoust said that Iran’s main priority in the new era is to enhance economic cooperation with Pakistan.

He also stressed the need for implementing economic projects agreed earlier such as completion of gas pipeline project and electricity export to Pakistan.

Chaudhry, for his part, referred to his country’s priority of ties with Iran as a great neighboring state in the course of history, saying that Pakistan welcomes promoting relationships with Iran in all fields.

Pointing to his country’s need for energy, he described international sanctions as the main obstacle in the way of implementing the said projects, hoping that lifting sanctions will prepare the ground for fulfillment of the projects.

Both sides also discussed regional issues such as Afghanistan, anti-terror campaign as well as Syrian, Yemeni and Iraqi crises.

Honardoust is to submit his credentials to President Memnoun Hossein on Thursday.