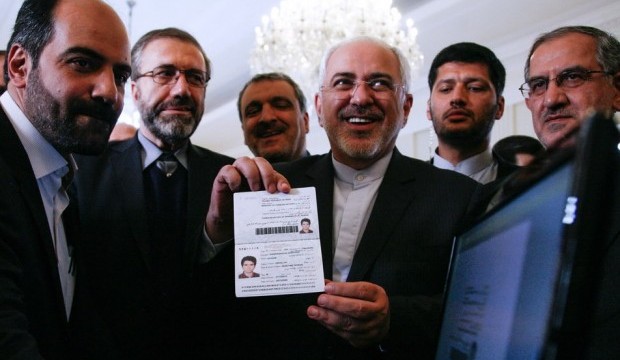 Iran has unveiled a new electronic passport system for the citizens living outside the country.

According to the Iranian media, the first documents produced being issued for diplomatic purposes and and the government plans to release e-Passports to all applicants by the end of the Iranian year.

“The Foreign Ministry’s officials, either inside or outside the country, must consider respect for each and every Iranian as their most important duty,” Iranian foreign minister Mohammad Javad Zarif said in a ceremony held in Tehran on Monday to unveil new electronic passport system.

He called on the ministry officials and the country’s diplomatic missions abroad to strive to make sure that Iranians get decent respect.

Earlier this month, an Iranian Police official said the country is among the exporters of biometric passports.

A biometric passport, also known as an e-passport or a digital passport, is a combined paper and electronic passport that contains biometric information that can be used to authenticate the identity of travelers.

The passport’s critical information is both printed on the data page of the passport and stored in a microprocessor chip embedded in the passport.