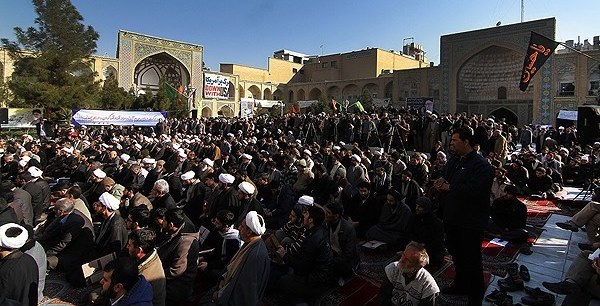 Tehran, December 30, The Iran Project – On the sixth anniversary of “The 9th of Dey” demonstrations in Iran (Dec. 30, 2009 popular rallies), it seems necessary to take a brief look at its effects regarding the regional developments.

On that period of time, some of Iran’s major cities including Tehran were subject to street protests due to the objections of supporters of Mir Hossein Mousavi, the defeated candidate of Iran’s 2009 presidential election. Of course, the height of the protests was in the first days after the results were announced, then it was gradually subsided and it seemed that the protesters have been peaceful.

But on the day of Ashura [1] in 2009, shortly before “The 9th of Dey” demonstrations on December 30, some of the protesters insulted Islamic sanctities that were later condemned by the majority of those protested against the election results. Ashura incidents made most people of Tehran and other cities of the country angry so after several months of silence, they finally reacted to the claim of election fraud.

Although, at that time, foreign media saw the move as a government motion, after a few years, and especially after the events took place in the region, gradually it became clear that “The 9th of Dey” pro-establishment rallies that ended the street unrest, has been of great benefit to the country. At the same time or shortly thereafter, most countries in the region were plagued by unrest except Iran and Turkey. In the meantime, Western countries supported 2009 post-election unrest in different ways.

Foreign analysts, even after 4 years of 2009 unrest, praised Iran supreme leader’s management since having looked at what happened in Egypt, it became clear that submitting to few but influential protesters is totally illogical as this may be repeated by other protesters in the next elections so Ayatollah Khamenei’s stress on observing legal mechanisms saved Iran of frequent unrests.

It can be said that in “The 9th of Dey” rally, people voted for maintaining the political system stability in Iran so it is referred to as a national referendum that paved the way for the 2013 election which had a significant change in the country’s executive branch.

[1] A day commemorated by Shi’a Muslims as a day of mourning for the martyrdom of Imam Hussein (AS)  the grandson of Prophet Muhammad (PBUH) in the Battle of Karbala.