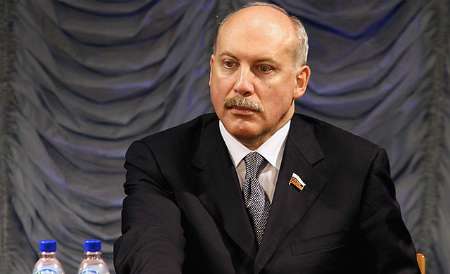 In July, Iran signed a historic deal with the P5+1 group of international mediators, including Russia, the United States, China, the United Kingdom, France and Germany, to ensure the peaceful nature of Tehran’s nuclear program in exchange for the removal of sanctions.

‘The conditions under which the country under the UN Security Council sanctions cannot obtain the status of a full member have been prescribed at the first stage of the SCO formation. The organization wishes success to Iran in the completion of work on Iran’s nuclear program to implement as expeditiously as possible the necessary legal procedures for the sanctions’ lifting. I believe that after this, the organization will immediately return to Iran’s application for a full member status,’ Mezentsev told the Russian Izvestia newspaper.

The SCO head noted that cooperation with Tehran, especially in the last two or three years, and the interest exhibited by the Iranian side created ‘the basis of a new quality and depth of this country’s cooperation with the association.’

Moreover, in accordance with the decision of the SCO heads of state adopted during the Russian chairmanship, India and Pakistan will soon become the SCO member states, Mezentsev stressed.

The SCO is a political, economic and military alliance comprising Russia, China, Kazakhstan, Tajikistan, Uzbekistan and Kyrgyzstan. Pakistan and India’s applications to join the SCO were accepted in July but they will only officially accede to the organization following the completion of certain procedures.