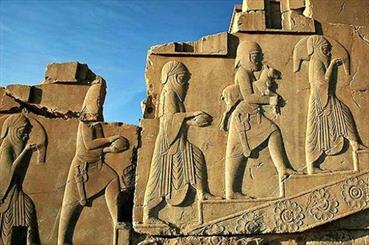 Iran attractive among US travelers

Thawing relations between Iran and the West following the signing of the nuclear accord in July has led to an increase in demand to visit the country among western countries, including the US.

According to a report published online on the LA Times website, Iran’s rising appeal among US travelers has prompted several tour operators to offer Iran tours.

The paper claims visiting Iran is easier than visiting Cuba, “in terms of US government red tape.”

Pointing to Iran’s plethora of historic towers, mosques and squares, the report singles out Isfahan, Shiraz and Persepolis, which “holds some of the most striking pre-Christian ruins outside of Egypt and Peru” as must-see places.

The appeal of the aforementioned destinations is enhanced by their safe distance from border regions, especially Iraq and Afghanistan, which the US State Department urges travelers to avoid.

Quoting Janet Moore, owner of the travel agency Distant Horizons, the article reports that the agency is sending 14 groups to Iran in 2016 — twice the number sent in 2014.

“Given the number of US-based professors who come to Iran on VIP trains, it’s clear that educated Americans with a penchant for culture and history are aware of what Iran has to offer,” he told ILNA earlier this year.