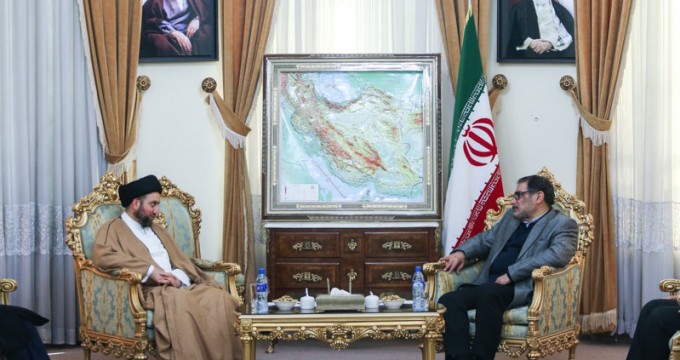 US using Daesh to legitimize infiltration into region: Iran official

A senior Iranian official has cast doubt on the sincerity of the so-called US-led coalition in fighting Daesh Takfiri terrorists in the Middle East, saying Washington is using the terror group as a tool to justify its infiltration into the region.

“The US is not after destroying Daesh but is taking advantage of terrorist movements as a propaganda and political tool to legitimize its long-term infiltration into the Middle East and the Muslim countries,” Secretary of Iran’s Supreme National Security Council (SNSC) Ali Shamkhani said on Monday.

Shamkhani made the comments in a meeting with Chairman of the Islamic Supreme Council of Iraq (ISCI) Ammar Hakim in Tehran.

The Iranian official said that regional countries, including Iraq, should mobilize their capacities to eradicate the growing threat of terrorism, stressing they should not pin their hopes on foreign countries to eliminate terror.

Underlining the need for respecting the sovereignty of countries in the fight against terrorism, Shamkhani censured certain states for using terrorism as a means to pursue their political objectives and invade other countries.

Any measure that would divert focus on the battle against terrorist groups and lead to political and military conflicts in the regional countries is “unconstructive and will definitely help terrorism,” he said.

For his part, Hakim said the Iraqi nation will remain united against foreign plots aimed at fueling discord in the Arab country.

He further praised the Islamic Republic’s contribution to the battle against terrorism and its all-out support for the Iraqi nation and government in their anti-terror campaign.

Since September 2014, the US along with some of its allies has been conducting air raids against what are said to be the Daesh terrorists inside Syria without any authorization from Damascus or a UN mandate. The air assaults in Syria are an extension of the US-led aerial campaign against purported Daesh positions in Iraq, which started in August 2014.

However, analysts say the US-led campaign has failed to dislodge the terrorists, who have seized parts of land in Iraq and Syria and are engaged in crimes against humanity in the areas under their control.