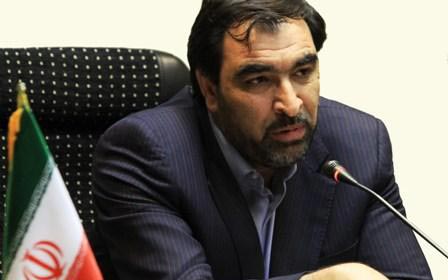 Adel Azar criticized tyranny of the global arrogance and the complicity of Saudi Arabia in their plot of bringing down oil prices to unprecedented lows and added, “Implementation of the (nuclear) Joint Comprehensive Plan of Action, interaction with the global community, and attraction of foreign investment will upgrade balanced development in Iran.”

Iran’s fiscal year starts on March 21. On Tuesday, Government Spokesman Mohammad-Baqer Nobakht said Iran has considered revenues from oil exports in the wake of removal of sanctions in order to draft next year’s budget (21 March 2016 – 20 March 2017).

“According to the Ministry of Petroleum, it is possible to increase (crude oil) production by 500,000 barrels per day and resume our lost quota by year end (20 March). Next year, it can increase to one million barrels while now our neighbors are using our share,” he told a weekly press conference.
He said 22 billion dollars out of the sum of 67-billion-dollar budget is forecast to be earned from oil exports and the rest via other income sources mainly from taxes.

#IranDeal, Adel Azar, Iran's budget, iran's oil price December 28, 2015
Araqchi: JCPOA to be enforced in mid January
US eyes returning to Iraq ‘from back door if no front door’