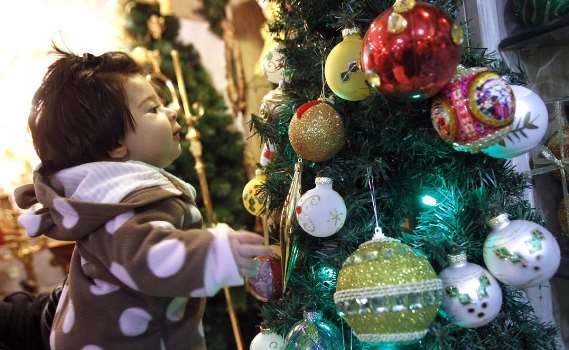 Santa to bring presents for Tehran

Tehran, Dec 26, IRNA – These days, Tehrani Christians are preparing their houses for Christmas and New Year by decorating Christmas trees while chanting Christmas carols and hanging socks for Santa to find them.

Although a minority religious group in Iran, there are about 120,000 Christians, most of them Armenians, who are free to celebrate Christmas and practice their religion and rituals in public, unlike many countries in the region, reports Tehran.ir.
For Iranian Christian youths, Christmas week is among the happiest times of the year which they can occasionally indulge in joyous celebrations and gorge on delicious homemade recipes of the event once again.
If you walk around Tehran’s two main Armenian neighborhoods, around Mirzaye Shirazi st. as well as Majidiyeh region, you can see numbers of the residents who are cheerfully preparing for Christmas Eve, just around the corner, by visiting a plenty of shops, decorated with banners, snow globes, candy canes, and Santa Claus figurines.

“If you have an Armenian friend, remember not to call him on December 25, when all the radios, TVs, and newspapers talk about Christmas and congratulate Christians on the birth of Jesus,” wrote the Armenian writer and documentary filmmaker Robert Safarian on his blog some years ago, “The Armenian Christmas is on January 6, when probably nobody calls anyone to celebrate the holiday.”
Though 90 percent of the world’s Christians, including Catholics, Protestants, and most followers of the Orthodox Church, celebrate the Jesus Christ’s birth on December 25, Armenians celebrates the Christ’s birth on January 6. So Iranian Armenians celebrate it five days after the Gregorian New Year.
On the Christmas Eve, Iranian Armenians often dine on rice, fish and Koukou Sabzi (an Iranian dish made with whipped eggs, vegetables, and herbs) which is also among Iranian’s New Year dishes that has been barrowed by the Armenians.