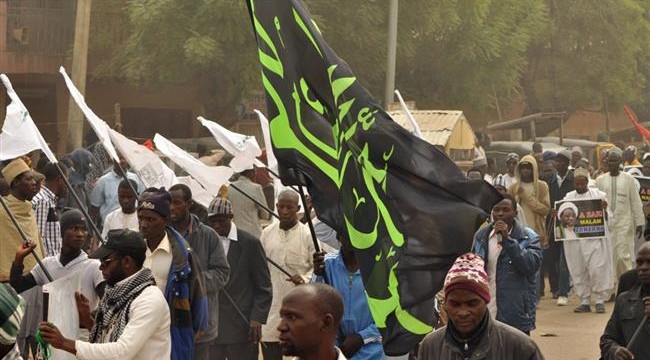 Muslims have held demonstrations in several cities in northern Nigeria to protest the recent killings of Shias by the country’s armed forces.

People took to the streets in the cities of Kano, Katsina and Sokoto on Thursday to both express outrage at the atrocity and mark the birth anniversary of Prophet Mohammad (Peace Be Upon Him).

The protesters called for the release of prominent Shia cleric Sheikh Ibrahim al-Zakzaky and other prisoners recently jailed during the army’s deadly crackdown on Muslims.

Abdulhamid Bello, who led the rally in Kano, said the protesters mourn the deaths of as many as 1,000 Shias killed by the army in Zaria from December 12 to 14.

He read a statement, saying the marchers mourn the killings and the detention of their leader and that justice must be served.

The tragedy came after Nigerian soldiers opened fire on the people attending a religious ceremony in Zaria on Dec. 12.

One day later, Zakzaky and his wife were arrested during a raid by the army on his residence and the buildings connected to the Shia community in the city. Local sources said hundreds of people trying to protect the cleric were killed.

The Nigerian army has accused the cleric’s supporters of trying to assassinate a military officer when they blocked a road in Zaria for a religious procession. Zakzay’s Islamic Movement in Nigeria has vehemently dismissed the allegation.

Meanwhile, Human Rights Watch has expressed disbelief at the army’s explanation for the three-day-long massacre.

“It is almost impossible to see how a roadblock… could justify the killings of hundreds of people,” the group’s Africa director Daniel Bekele has said.

“At best it was a brutal overreaction and at worst it was a planned attack on the minority Shia group,” he added.