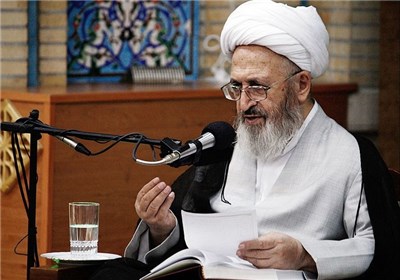 Tehran, December 24, The Iran Project- Grand Shia Cleric, Ayatollah Jafar Sobhani, in a letter to Azerbaijan president reacted to the recent crackdown on Shia Muslims in Nardaran, called him to focus on the fight against the Takfiri terrorists.

Iranian top cleric Ayatollah Jaffar Sobhani penned a letter to Azeri President that released on Wednesday, urged Ilham Aliyev, President of Republic of Azerbaijan to focus efforts on the fight against Takfiri terrorists, that according to him, “are threats to all”.

Noting the concept of freedom, as a respectable for all humankind, he highlighted the peaceful coexistence of Muslim and non-Muslim people alongside each other in Azerbaijan for so long.

Elsewhere he pointed out the recent unrest in Nardaran town, where hundreds of Azerbaijani forces carried out a raid on the town during Arbaeen mourning rituals, killing several people and tearing down Shia religious symbols.

“Today you need to focus on Takfiri terrorists that threat your territory,” he said, calling into questions the state violence against performing of the peaceful religious rituals by Azeri Shia Muslims during Arbaeen.

Urging the Shia Muslims to keep performing their religious acts and duties, he further demanded justice against the perpetrators of this criminal measure and to ensure that such actions never occur again.

Earlier, the Azerbaijan government had launched a severe crackdown on Shia Muslims in Nardaran in eastern part of the country. At least five people were reportedly killed and dozens of others were detained while they had only gathered to mark Arbaeen.