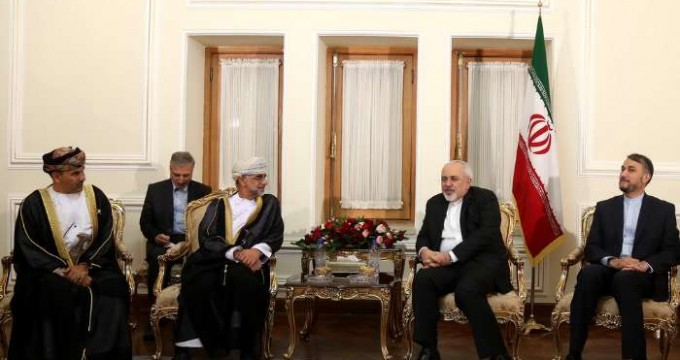 TEHRAN (Tasnim) – The Iranian foreign minister and the visiting Omani deputy foreign minister exchanged views on the latest status of bilateral ties and the two countries’ consultations on different fields.

At the meeting held in Tehran on Monday, Mohammad Javad Zarif said Tehran and Muscat enjoy great potential to promote their cooperation in various fields, including economy and trade.

Ali Bin Ahmed al-Isaee, for his part, underscored the need for the continuation of consultations between the two countries about the promotion of ties in diverse arenas.

Iran and Oman share age-old and close diplomatic, economic, and military ties. Sultan Qaboos played an important role in facilitating the early stages of nuclear talks between Iran and world powers, which led to a final nuclear deal on July 14.