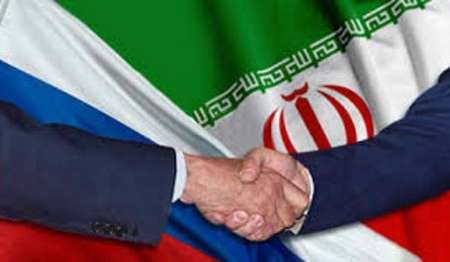 Tehran, December 22, The Iran Project- Iran and Russia have entered a new phase of strategic ties in 2015, which is a seminal year in improvement of mutual relations. Although it came after the Syrian crisis, it has been regarded as indispensable for so long particularly due to the shifting geopolitical environment in the region.

The flurry of diplomatic activities between two countries is a primary sign of the rapprochement. In line with the countries’ approach to maintain contacts, Major General Qassem Soleimani’s visited Moscow and held talks with Russian high ranking officials last summer, despite later denial by both Iran’s IRGC and Kremlin,

Regular meetings at different levels on one hand have reshaped the Syrian war in favor of the Syrian government and on the other hand suggest that a new era of partnership, which was once overshadowed by the S-300 missile defense system deal, has begun.

In April 2015, when Russian President Putin terminated the prohibition to supply S-300 and started transferring the missile system to Iran, one of the greatest irritants in bilateral relationship was removed.

The truth is that although Iran had prioritized the acquisition of the missile defense system, by the time of transferring, it rather achieved S-400 air defense missile system and applied at least two of its subsystems.

While the UN and the Western sanctions’ regime are being lifted, two countries capitalize the opportunities for a full-fledged cooperation which is expected to bolster in near future.

They began a to turn a new page of cooperation in various defense fields, among which is the partnership between the IRGC Aerospace Organization and Russian Federation Air Force particularly under the current circumstances in Syria.

The recent talks held with Russia to purchase T-90 tanks amid the heightened tensions and threats by  ISIS is of special importance. Iran is already manufacturing the T-72 tanks domestically, but given the tanks’ firepower, protection and the mobility, the negotiations to purchase the Russian ammunition are underway.

Apart from the publicly announced military deals, there are other numerous collaborations underway albeit behind the scene, which two countries are not willing to publicize.

Tehran-Moscow proximity is unprecedented in Iran’s contemporary history. Except Tehran-Washington close relations in 1970s, Iran has never experienced rapprochement with a great power. While, Iran-US one-sided connection was marked mainly by exploitation and acquisition, the new proximity with Russia is founded on the principles of collaboration and consultation.

Since the return of Vladimir Putin to Kremlin in 2012, Russian-Iranian relations have undergone substantial changes which are expected to last at least until the end of his presidential era.

Some external factors such as Western sanctions against Russia following the Ukraine crisis and against Iran for the peaceful nuclear energy seem to have created more rooms for cooperation between two countries.

As the resolution to intensify the relations on both sides has been determined by the current political realities, it is expected that they continue deepening ties in Syria ground even after bringing an end to conflicts.

While they will focus to consolidate their power in post-war Syria, two countries likely shift partnership from military cooperation to post-conflict peace building and large-scale construction initiatives in this war-torn country.

It is also likely that Iraq joins the alliance, forming an unwritten military pact against NATO in the Middle East.

As a trans-regional army with almost hundreds of thousand of military well-trained troops, it is Hezbollah that takes maximum benefit from Iran and Russia intensification of ties through being equipped with Russian weapons.

There are also reports indicating military training of the Hezbollah pilots who will be expected to show up in future conflicts by either Russian or US captured aircraft.

In sum, despite Russia and Iran’s initial unwillingness to the growth of unrest in Syria, they have effectively consolidated their power, while the Western players have received nothing but troubles such as refugee crisis.