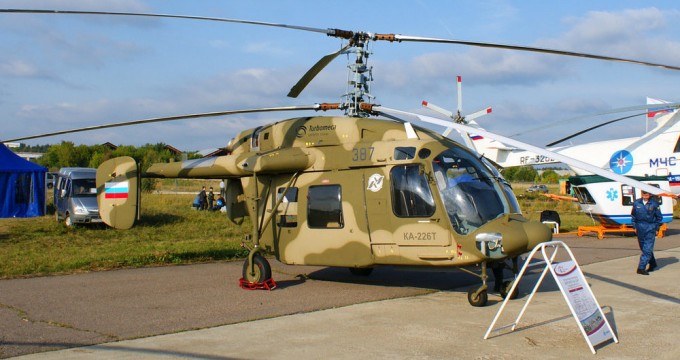 Moscow to discuss creation of helicopter after-sales service with Tehran

Moscow plans to discuss the creation and development of an after-sales service system in Iran for helicopters produced in Russia with Tehran, the press service of Russian Helicopters, a subsidiary of the Russian state technology company Rostec, said Monday.

MOSCOW (Sputnik) — On December 21-23, the industrial exhibition “Trade and Industrial Dialogue: Russia – Iran” is being held in the Iranian capital, at which Russia is expected to introduce its manufacturers to the Iranian market.

“The issues of the creation and development of a system of after-sales service for Russian helicopters on the premises of an existing aircraft repair plant and a service center is expected to be discussed with representatives of the Iranian company PANHA [which specializes in the technical support and repair of helicopters],” the company’s press service said in a press release.

It was mentioned in the press release that Moscow and Tehran are expected to discuss the potential supply of Russian Mi-8/17, Ka-32A11BC and Ka-226T helicopters, including its medical version.
Russian Helicopters is a leading helicopter design and manufacturing company, headquartered in Moscow.
The holding was founded in 2007, and includes five helicopter construction plants, two design bureaus, and a number of enterprises for the production and maintenance of components. The company also provides after-sales support for its products, both in Russia and abroad.
By Sputnik News