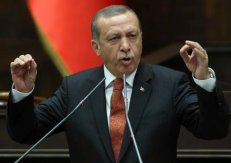 Turkish President Recep Tayyip Erdogan is expected to visit Saudi Arabia on December 29, where he will meet with Saudi King Salman, media reported Saturday, citing a source in Riyadh authorities.

DUBAI (Sputnik) – The reports come shortly after Saudi Arabia announced the creation of an Islamic military alliance of 34 states united in their will to tackle Daesh. The joint operation command center will be based in the Saudi capital of Riyadh.

“The visit will take place in a sensitive time for the region, especially in light of the events in Syria, Iraq, Yemen. The leaders of Turkey and Saudi Arabia will discuss these issues and bilateral cooperation in these areas,” the source said, as quoted by the Al-Hayat newspaper.