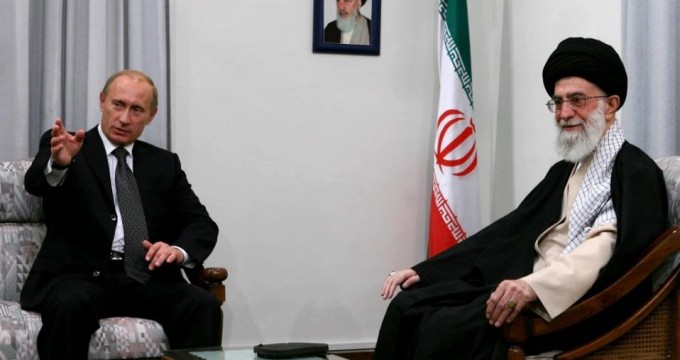 Iran to match stance with Russia in push for Syria deal

Iran has decided to unify its stance with Russia’s in the push for a political deal to end Syria’s civil war, Iranian officials said, in a sign it could ease its opposition to the departure of Syrian President Bashar al-Assad as part of the agreement.

While maintaining its firm backing for Assad in public, Russia has recently made clear to Western nations that it has no objection to him stepping down as part of the peace process, diplomats said.

Iran’s decision to step up its coordination with Russia was made after a meeting last month between Russian President Vladimir Putin and Iran’s Supreme Leader Ayatollah Ali Khamenei in Tehran, according to a senior Iranian official with knowledge of the discussions.

Like Russia, Iran has insisted publicly that Assad should only step down if he is voted out in an eventual election.

“What was agreed was Iran and Russia will pursue one policy which will benefit Tehran, Moscow and Damascus,” the senior Iranian official told Reuters on condition of anonymity. “Iran seriously believes that the Syrian nation should decide about their fate. But first calm should be restored.”

“It is possible that the Syrian people decide Assad should leave, and then he must leave,” the official added. “If he cannot serve his country and his people, then a capable successor should run the country.”

A second Iranian official told Reuters that Iran and Russia are in “full harmony over Syria and Assad’s fate”.

“The meeting between Putin and the Supreme Leader Ayatollah Ali Khamenei was very successful and now Iran and Russia share the same view on Assad,” the official said.

The question of Assad’s departure is the biggest sticking point among major powers as they hammer out plans for a political process in Syria leading to elections within two years.

U.S. and European officials say that Assad has lost credibility due to persistent repression and rights abuses and cannot run in any elections along the lines major powers agreed in two ministerial meetings in Vienna. But Western powers, Turkey, Saudi Arabia reluctantly agreed to allow him to remain in place during a transition period.

U.S. Secretary of State John Kerry said on Friday there remain “sharp differences” on the fate of Assad.

He was speaking in New York, where 17 nations including Russia, the United States, and regional rivals Iran, Turkey and Saudi Arabia met on Friday to discuss a road map for peace in Syria.

The plan includes a ceasefire, talks between the Syrian opposition and government on a unity government and backing the continued fight against Islamic State militants is the focus of a meeting

After his meeting with Putin, Ayatollah Ali Khamenei publicly criticized the United States, saying its policies in the Middle East were a threat to Moscow and Tehran alike and calling for closer bilateral ties with Russia.

Russia and Iran are intervening militarily on behalf of Assad against anti-government forces in the five-year civil war that has claimed more than a quarter million lives.

Both former Cold War enemies may have an interest in solidifying a new relationship based on a shared mistrust of the West and a desire to counter U.S. hegemony in the Middle East.

During the first two rounds of ministerial talks on Syria in Vienna, Iran reluctantly signed on to the road map, which is based on the so-called Geneva Communique from June 2012.

The Geneva Communique called for political transition in Syria and Tehran never formally embraced it because of the implication that it could mean the end of Assad.

“Iran was not happy with those communiques but it allowed them to go ahead,” a senior Western diplomat said this week. He was referring to the two communiques agreed in Vienna on Oct. 31 and Nov. 14.

Iran had repeatedly described the question of Assad as a “red line”.

Western diplomats say that Iran will have to move further towards Russia’s position and fully abandon Assad if there is to be a viable diplomatic solution that ends the war in Syria.

The United States and European and Gulf Arab nations insist that Assad must step aside by the end of any transition period and that he should not stand in future elections.

One Western official said it would be crucial for Russia and Iran to agree precisely on how to abandon Assad. Even if the Iranians are beginning to acknowledge the possibility of Assad’s departure, that goal that remains elusive.