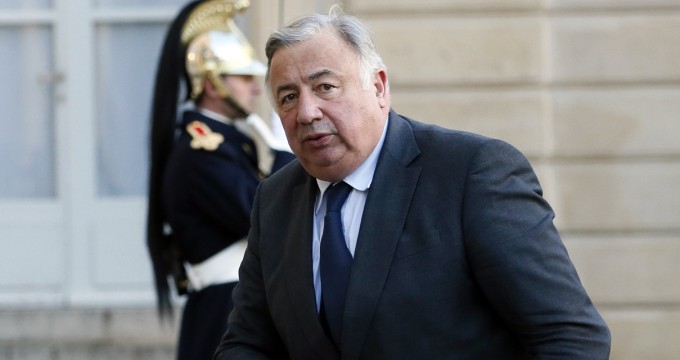 TEHRAN (FNA)- Speaker of the French Senate Gerard Larcher expressed the hope that Tehran and Paris would open a new chapter in bilateral relations during the Iranian President Hassan Rouhani’s upcoming visit to France.

“Mr. (Francois) Hollande (the French president) has announced that he is very upbeat about Iranian President Mr. Rouhani’s visit to France on January 27 and 28,” Larcher said in a joint press conference with Iranian Parliament Speaker Ali Larijani in Tehran on Saturday.

“The visit will be the start of new economic cooperation between Iran and France and we hope that the sanctions will be terminated by then and a new era of ties will start between the two countries,” he added.

Hollande announced on Friday that his Iranian counterpart would visit France at the end of January, two months after his original trip was delayed due to the November 13 terror attacks in Paris.

Ties between Iran and Europe warmed up to some extent after the world powers and the Islamic republic reached an agreement in July on the latter’s nuclear program.

In September, France opened a business development office in Tehran, seeking to renew once-strong economic ties with Iran in the face of “fierce competition.”

Rouhani said ahead of the anticipated November trip, which was also to include Italy, that Iran would probably sign a deal to buy Airbus aircraft during his time in France.

Iranian Transport Minister Abbas Akhoundi said in September that Iran was talking to both Airbus and Boeing to acquire aircraft under lease or sale/leaseback deals by 2020.