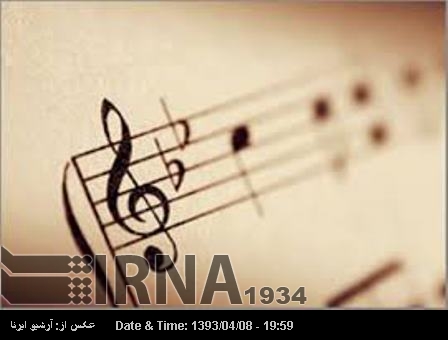 ‘The Sacred Earth’ at Vahdat

The Iranian Naamira Choir group is providing an “international touch” to its upcoming performance that focuses on environmental and social issues.
Issues of war, migration, extinction of animal species, global warming, greenhouse effect, air contamination and deadly diseases like HIV will be the themes of the performance, titled ‘The Sacred Earth’, said Farhad Harati, head of the choir, reports Honaronline.
Supported by the Department of Environment (DoE) and Jahan Mehr Javan culture and art institute, 11 musical pieces have been planned for the event that “will provide a fillip for people’s passion for the environment,” which is seeing unbridled destruction.
Masoumeh Ebtekar, vice president and head of the DoE, visited one of the rehearsal sessions of the choir recently. She described their work as “extraordinary and spiritual, emphasizing the future of the Earth and the human being.” She said the magic of art is one of the most powerful tools to awaken the people to important social issues.
The musical program is slated for December 26 and 27 at Tehran’s Vahdat Hall.
“The ministers of culture and Islamic guidance and foreign affairs as well as the DoE head have assured that ‘The Sacred Earth’ performance will be staged at the UN General Assembly in the future,” said Mohsen Rouhani, head of Jahan Mehr Javan.
The performance by acclaimed musician and composer Naser Cheshmazar in October and the unveiling of the restored Golden Palm (a statue sculpted 40 years ago by the late Finnish artist Eila Hiltunen, at Tehran’s Park Mellat) in September are among the notable collaborative activities of the choir group.
Harati, 46, is a veteran pianist, vocalist, composer and conductor of the Naamira Choir, founded in 1996 at Honar Rasam institute of higher education.
The group staged its first professional show in 1998. By 2008, they had performed over 22 concerts.
‘Utopia’ and ‘A Time to Live’ are among the choir’s laudable performances. Naamira has also released three albums ‘Gray Lone’, ‘The Pacific Sun’ and ‘Zero Limitation’ so far.